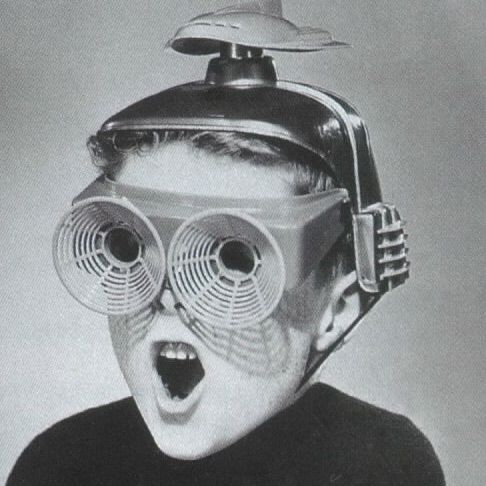 What could a Virtual Reality System be like in the future? Forget cumbersome hi-tech specs and imagine a film made with two high-resolution cameras wired straight to your brain, creating a vivid optical 3D illusion. Add a soundtrack from cutting-edge microphones to simulate audio surroundings. To complete the show, other electric signals provide sensations of smell, taste, and touch. Fancy a test-run?

No problem. Thankfully, you are already the proud owner of this very system – it came free with your head. Just pay attention to your surroundings for a second to experience the quality of the simulation. Convincing, isn’t it? Welcome to (near) Perfect Virtual Reality, courtesy of YourBrain Studios Inc.!

To enhance the experience of your state-of-the-art headset, please pour over the instruction manual’s small print below.

What’s really out there?

Take a moment to consider what you “see” right now. The wide-screen projection you take for granted as the outside world is nothing more than a film inside your head. It is your brain’s interpretation of electrical signals received from so called photoreceptor cells in your eyes, enlivened by a soundtrack made from impulses from your ears. Our immersive reality experience only comes to live thanks to YourBrain Studios Inc.

Don’t get me wrong – I’m not proposing that our brains exist in vats, wired up to a virtual reality show a la Matrix. But, when it boils down to it, our conscious experience is not that different. Our brains have no direct contact whatsoever with reality out there. It simply builds its model of the outside world, based on electric signals fed by our senses.

What we perceive as our colourful bustling reality is in fact a real-time simulation running inside our brains – in utter darkness. It is a show based on reality – and one that we generally mistake for reality itself. But it doesn’t take long to start doubting that our perceptions are the same as what’s really out there.

Is my red the same as your red?

Colours is a good place to start. What you would describe as “red” is simply how the brain conjures up the perception of light with a wavelength of around 700 nanometres – it’s an illusion. It’s impossible to say what red really looks like. In fact, the question doesn’t even make sense because colour as we know it only appears in the eye – or rather, the brain – of the beholder. “Red” as we experience it doesn’t happen “out there”, it is only in our brain.

“Colour doesn’t occur in the world, but in the mind,” writes poet Diane Ackerman. “If no human eye is around to view it, is an apple really red? The answer is no, not red in the way we mean red…We think of our eyes as wise seers, but all the eye does is gather light.”

“Seeing, as we think of it, doesn’t happen in the eyes but in the brain. In one way, to see flamboyantly, in detail, we don’t need the eyes at all. We often remember scenes from days or even years earlier, viewing them in our mind’s eye, and can even picture completely imaginary events, if we wish. We see in surprising detail when we dream.”

Our eyes use a chemical reaction to register only the amount of “red”, “green”, and “blue” entering them. The photoreceptors send this information, like morse code, along nerve cells to the brain. Not unlike a television, the brain mixes only these three colours to compose the entirety of our rich visual experience.

But it is impossible to tell whether the experience of seeing red is the same for us all. Do you see my red? Surely, we can agree that red is the colour of blood and the traffic light’s stop signal. But that doesn’t mean that your red is the same as mine – it may well differ. The fact is, you will never know what it’s like to see that apple through my eyes – or anyone else’s. This fact might help explain some of the world’s more curious taste aberrations. 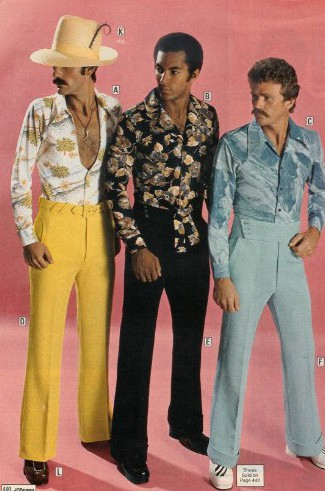 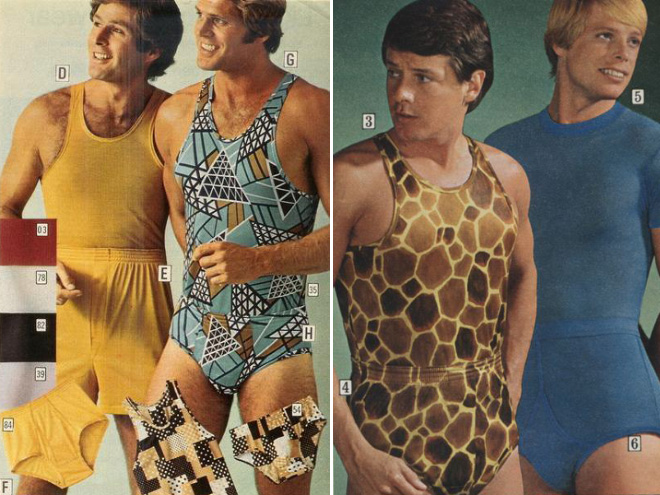 The doors of perception

For all its technical wizardry, our inbuilt virtual reality headset has plenty of glitches.

First, it can only display a tiny slice of the world, ignoring the bigger picture. It’s as if an orchestra is blasting out a symphony but we only hear the string section, blissfully unaware of brass, woodwind or percussion. Note to self: Our mindset limits us to a fairly shallow perception of reality – even if the strings sound great.

This is because of our hardware: Our eyes can only perceive a tiny fraction of all the “light” that’s out there. What we usually call “light” is only a tiny part of all the electromagnetic radiation nature has on offer. What we see are the wavelengths squeezed between infrared and ultraviolet, a humble slice of a spectrum ranging from radio waves to gamma rays.

But what on earth would the world look like if we could perceive different types of light? Let’s zoom in on the night sky as an example.

The following pictures all show our Milky Way coloured to represent types of light we cannot see, such as microwave and x-ray radiation. The photo on the right, second from the bottom, is what it looks like to us.

Of course, the frequency range of light we can see is not coincidental. Rather, it is the result of evolution making sure we can see the main light emitted by our world’s most important lamp, the Sun. And our visual toolset serves us well, mostly, at least during daylight. “Darkness” is simply our word for the absence of a narrow range of light frequencies. But a quick comparison with other members of the animal kingdom holds a mirror to our limits. Some snakes can see infrared, which means they can “see” the warmth of their prey’s bodies in darkness during night hunts. Many insects and birds, on the other hand, can see ultraviolet light. In many bird species, the feathers of males and females look different in ultraviolet, but our eyes can’t distinguish the two.

The same limits apply to the rest of our senses. The soundtrack to our internal cinema is just how the brain presents certain air vibrations picked up by your ears. Bats find their way with ultrasound, which we can’t hear. It’s well possible that bats “see” with their ears, but we simply can’t tell, since it’s impossible to know what it’s like to be a bat.

Similarly, the taste of sugar and the smell of roses are the brain’s reaction to some molecules that our tongues or noses are equipped to detect – for many others, we lack the receptors. There are countless “sights”, “sounds”, “smells”, and “tastes” out there which we can’t register because our senses aren’t up to the job.

And that’s not all – there are entirely different sets of signals available that some animals can use. Birds navigate by perceiving the earth’s magnetic field, and sharks detect tiny electric impulses in their prey’s body, for example.

So, hard to imagine though it is, the film in our heads is just one of an infinite number of ways to represent the reality around us. Our Virtual Reality System can only register a tiny fraction of the signals it’s exposed to.

And that’s before it starts its heavy editing.

We should rid ourselves of the illusion that our Virtual Reality System presents its tiny slice of reality in any sort of objective or reliable way. Neuroscientist Michael O’Shea, underscores this point, saying that sensory information flowing into the brain fuels our perceptions, but it is just one contributing factor: “It is possible to perceive what is not sensed, not to perceive what is sensed, and to construct more than one perception from the same sensations…perceptions are the brain’s educated guesses about what the combined senses are telling it.”

So our brain constantly filters, interprets and contorts reality, to make it more convincing, make more sense of it, and to shelter us from what otherwise be a total information overload. If you still doubt that we experience a heavily edited version of reality, try out these mind-boggling optical illusions. 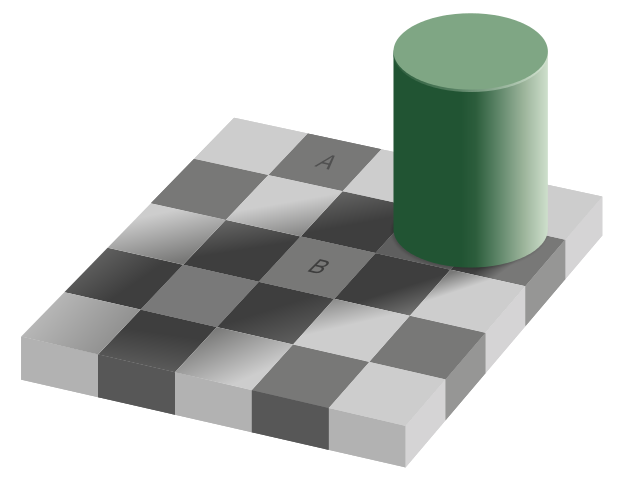 Believe it or not – the tiles labelled A and B are exactly the same colour. Don’t believe me? Just put a finger between them, and cover as much as possible of the surroundings. Or look at this:

Here, the “green” and “blue” spirals are also identical in colour. Here are two Photoshop samples, one taken from the “blue”, the other from the “green” spiral:

If you look very closely, it’s only the orange stripes that change.

And, most mind boggling of all, treat yourself to the following test, which only takes a minute and a half. But you must really concentrate on counting the passes to make it worthwhile. Around half of all people get it totally wrong. Ready? Go!

How did you do?

“How the brain might achieve such a feat of image manipulation is beyond our current understanding…the gorilla was in effect airbrushed out of the visual perception,” writes O’ Shea.

Artificial Virtual Reality – coming soon to a shop near you

Major IT giants like Google, Facebook, Sony, Microsoft and Samsung are pouring huge sums into developing Virtual Reality headsets – the technology is poised to go mainstream. Philosopher Thomas Metzinger believes this will have the profound effect that people will “gradually acquire a new and intuitive understanding of what their very own conscious experience really is and what it always has been…conscious experience exactly is a virtual model of the world, a dynamic internal simulation, which in standard situations cannot be experienced as a virtual model because it is phenomenally transparent—we ‘look through it’ as if we were in direct and immediate contact with reality.”

According to Ackerman, “one of the most profound paradoxes of being human is that the thick spread of sensation we relish isn’t perceived directly by the brain. The brain is silent, the brain is dark, the brain tastes nothing, the brain hears nothing. All it receives are electrical impulses — not the sumptuous chocolate melting sweetly, not the oboe solo like the flight of a bird, not the tingling caress, not the pastels of peach and lavender at sunset over a coral reef — just impulses. The brain is blind, deaf, dumb, unfeeling…reality is an agreed-upon fiction.” 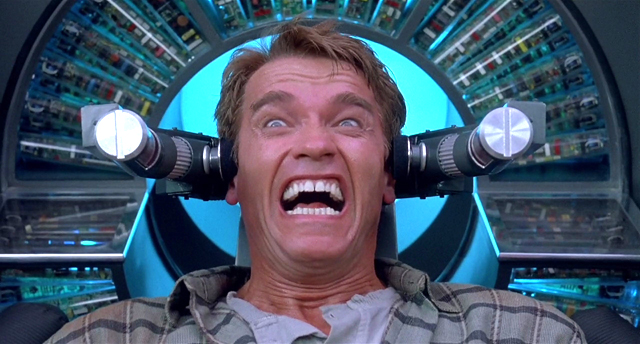