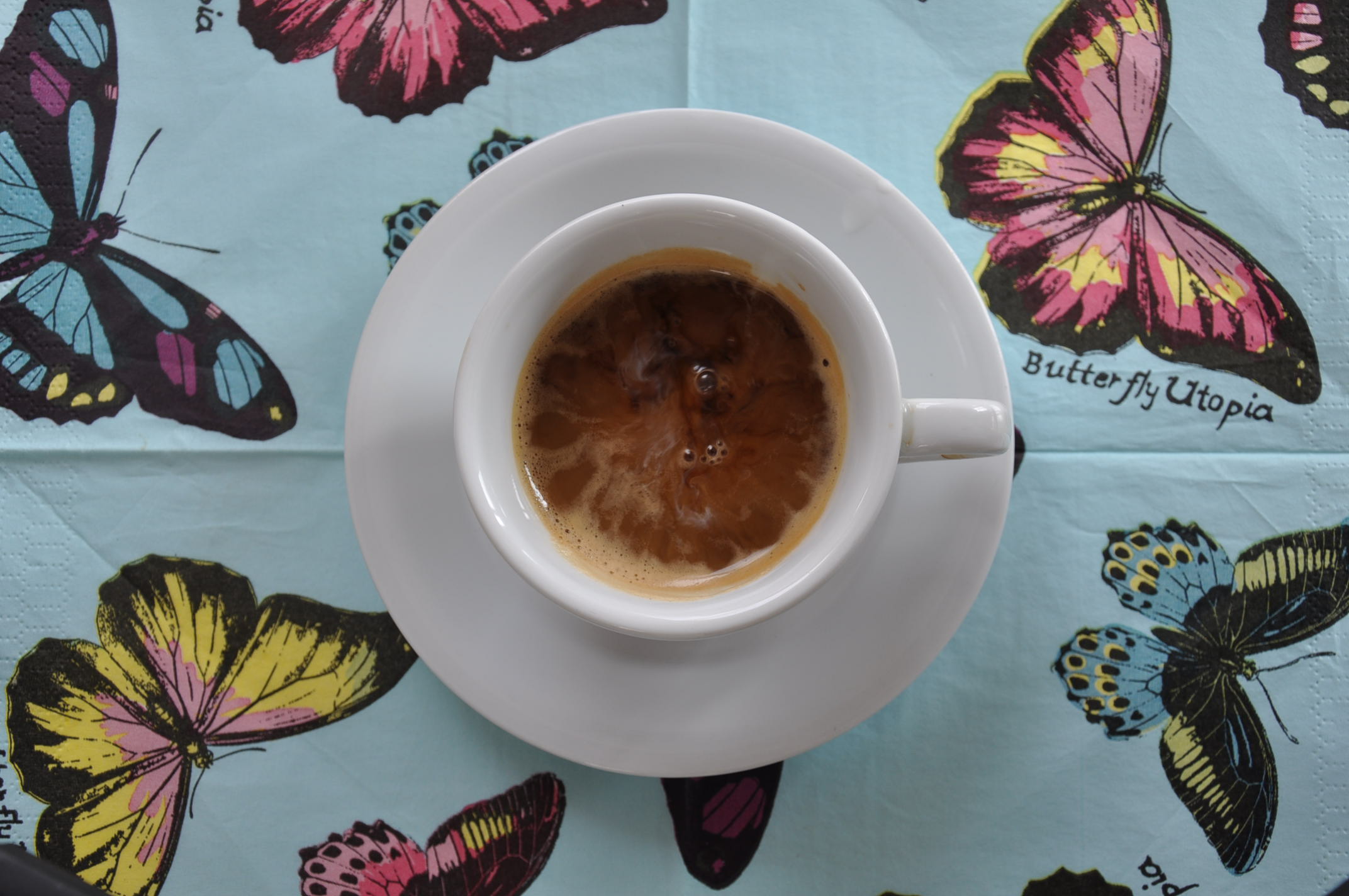 It’s annoying to admit it, but maybe our parents got it right: Everything was better in the good old days.

It’s often nostalgia that leads people to spout this adage. But its proponents don’t necessarily have rose-tinted spectacles on. A century and a half ago, ardent believers in progress stumbled across this principle, ironically while they were trying to tease more horsepower out of their steam engines.

Their tinkering led them to a domino-effect of realisations. First, they found out that everything gets worse, followed by a fundamental reason why anything happens at all. Then they found out why we exist. And, for good measure, they unlocked the secret of how the universe will end one day. That engine tuning forever changed how we perceive our world.

So how did it happen? To their distress, the tinkerers realised that they simply couldn’t make their steam engines as powerful as they would have liked to. At fault was a break inbuilt by nature: The heat necessary to run the engines spreads unstoppably. Therefore, some of the energy meant to propel the engine gets lost. There is simply no way around this dilemma.

This led them to the conclusion that the dispersal and therefore waste of energy not only applies to engines, but is actually a fundamental aspect of reality. Any sort of change means some energy becomes useless. And there are no exceptions to the rule. This was a somewhat sobering realisation, showing, as it does, that our dear universe will slowly but surely run out of steam. In short, at some point it will grind to halt because there isn’t any usable energy left.

But, on a brighter note, there are still a few trillion years left. Plus, the inevitable decline has a positive offshoot: us. Without the dispersal of energy, we would simply not exist. At a very fundamental level, this process is what keeps us alive. And that is not all: The dispersal of energy created the universe – and will also annihilate it.

Who would have thought that tuning engines could lead to such profound insights? Many scientists believe this is the most simple, elegant, all-embracing and, therefore, the most beautiful insight of all times. The discoverers themselves don’t appear to have been quite so overwhelmed, entitling their profound idea the “Second Law of Thermodynamics” (which is just a fancy word for the study of heat and energy). 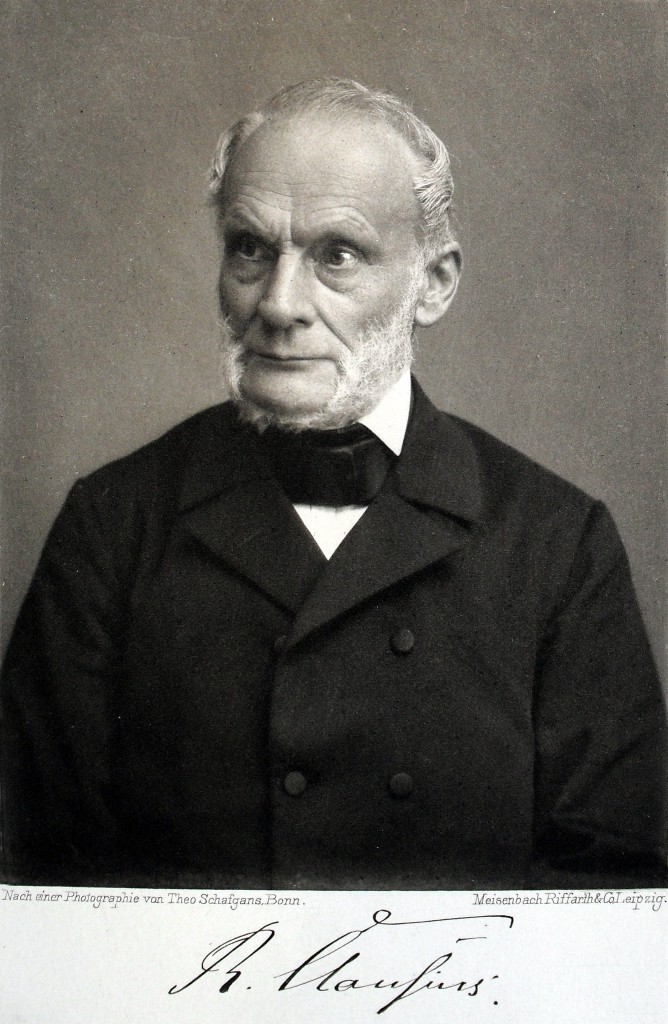 He sought to improve steam engines and instead revealed the fate of the universe: physicist Rudolf Clausius.

The British physicist Arthur Eddington, famed for confirming Einstein’s theory of relativity among other achievements, put it this way: “The (Second Law of Thermodynamics) holds, I think, the supreme position among the Laws of Nature. If someone points out to you that your pet theory of the universe is in disagreement with (other physical equations) — then so much the worse for (these) equations. If it is found to be contradicted by observation — well, these experimentalists do bungle things sometimes. But if your theory is found to be against the Second Law of Thermodynamics I can give you no hope; there is nothing for it but to collapse in deepest humiliation.”

The physicist Thomas des Coudres called this law “the most certain of all empirical principles we know, more certain even than death, because that is only a special case of the Second Law.”

Being fidgety is infectious

So — how can we understand this infamous Second Law? We don’t have to look far to discover the dispersal of energy all around us. Look at the fresh cup of coffee on the table. It is aromatic and hot, and when we add a dash of milk, fascinating patterns form… 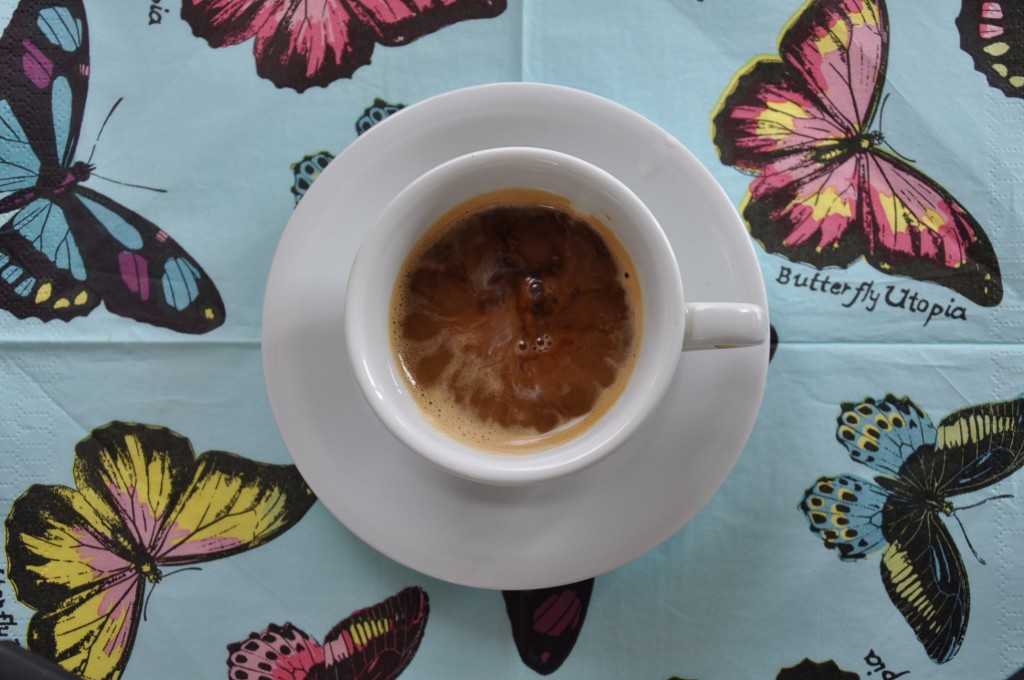 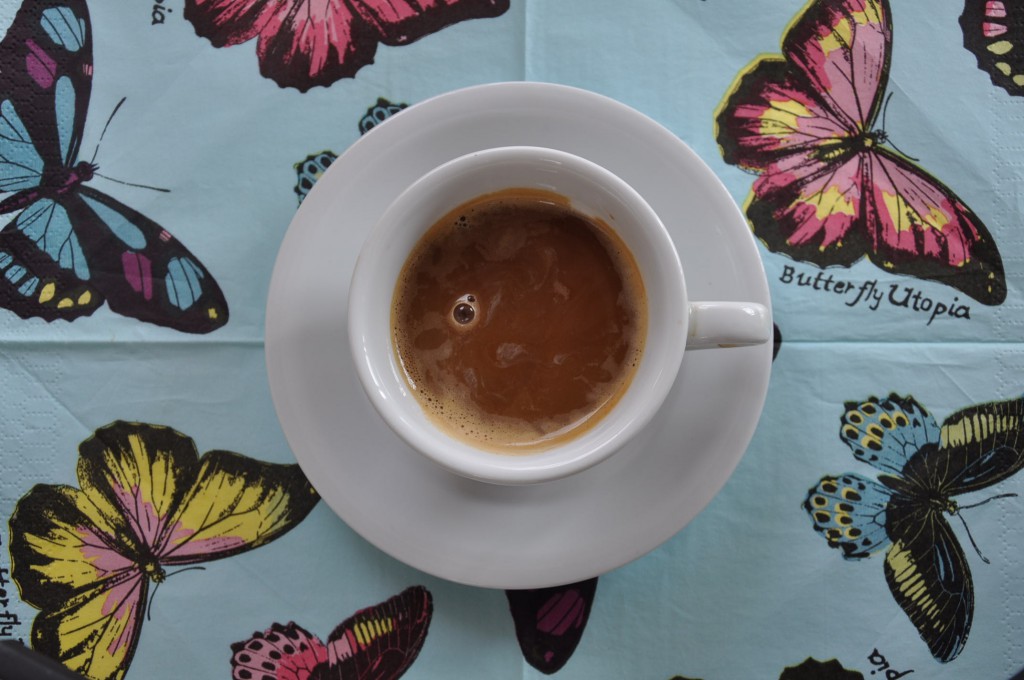 …finally we return to the coffee. But what has happened? The hot brew, with its glorious display of black and white patterns, has turned into a cold, brown dishwater. In other words, a manifestation of the unavoidable dispersal of energy and the slide into uniformity and therefore uselessness that both rules our universe and propels it. 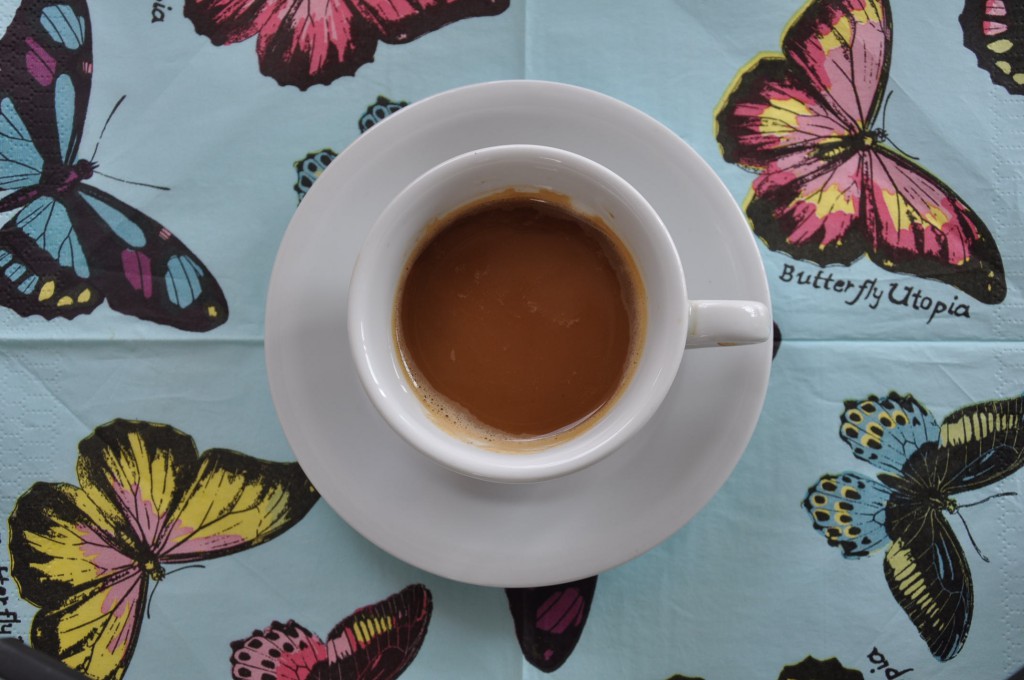 But why exactly does the coffee turn brown and cold? Temperature is by definition nothing but a measure of how strongly the atoms vibrate. If it’s hot, there is a wild commotion; if it’s cold, there is only a relatively harmless shiver.

Put simply, the irresistible slide into uniformity in our coffee boils down to the fact that being fidgety is infectious. The heat disperses because the excited atoms bump into their neighbours and make them wiggle more while they calm down themselves. The heat, and therefore the vibration, slowly moves into the table where the cup stands and into the air which surrounds it – and spreads ever further. After a little while, the temperature is the same everywhere, because the thermal energy has been completely dispersed.

During this process, the amount of energy stayed the same because the temperature of the whole room has increased ever so slightly thanks to the heat of the coffee. But this dispersed energy is useless and cannot power any mechanical work – or even make our coffee tasty. To put it another way: It’s not the quantity of energy that has changed, but its quality. The coffee can now be poured down the sink: it only tastes good when its heat is retained in the liquid.

But why do atoms automatically pass on some of their wriggly thermal energy to their neighbours? The fundamental reason is that an even – and therefore also more disorderly or chaotic – distribution of heat is much more probable than a concentration. In theory, the heat could also spontaneously concentrate in one point, but it simply doesn’t happen. The simple reason is that it is so improbable that it is practically impossible. The same principle explains the dispersal of the milk in the coffee: At the beginning, it is still concentrated in a few drops in the coffee, only to spread evenly all of its own accord – without stirring, as if by magic. In this case, the same principle applies: The milk could, in theory, spontaneously gather in a single drop – but that is so improbable it’s definitely not worth waiting for.

So that’s the crux of a cup of coffee’s unavoidable slide into uselessness. But at the same time, what we see in that cup indicates why you and I can exist at all: Paradoxically, this maelstrom to uniformity is what powers all life on earth. 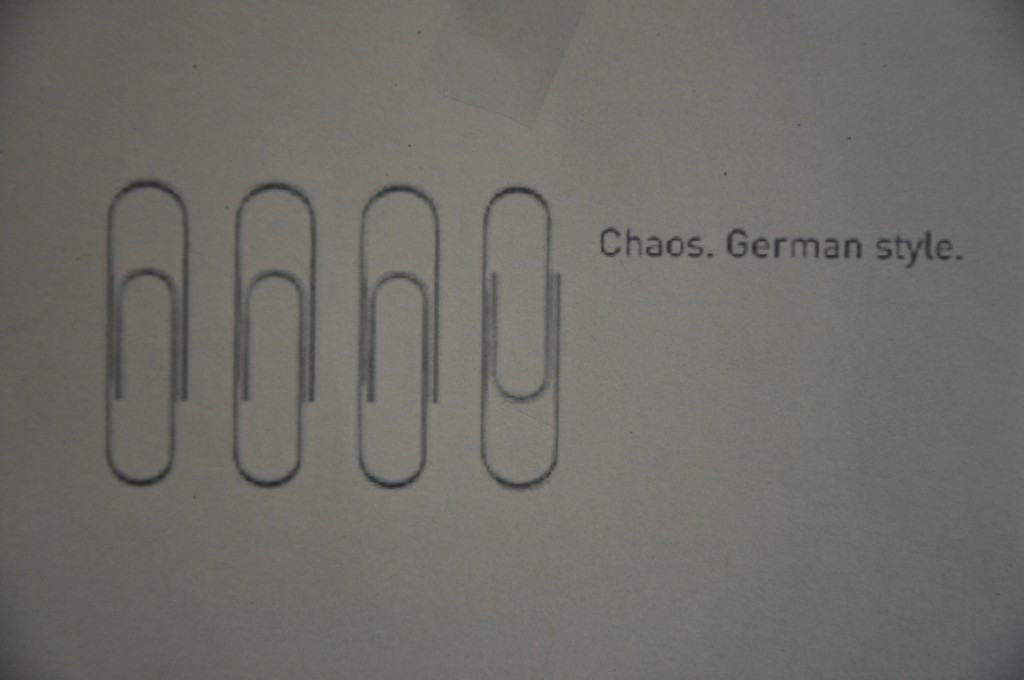 People as byproducts of the decline into chaos

Thy physicist Erwin Schrödinger (the one with the cat that is alive and dead at the same time… but more on that another time) wrote in a legendary definition of life that its outstanding characteristic is its ability to resist the slide into disorganisation for a while – until death.

Life in its countless manifestations is based on highly complex structures. Therefore, it is extremely organised – it’s the exact opposite of disorganised chaos. Our bodies can only maintain their internal organisation with a constant supply of energy – hence the need for regular meals.

But seen from a distance, even this process of creating order within our bodies increases total disorder. It’s true that our bodies use the energy contained in food to create and maintain their orderly structures. But in total, disorder increases as the utilisation of food is intrinsically bound to heat loss – similar to the burning of fuel within a steam engine.

Every single one of the chemical reactions that keep us alive only gets going if overall disorder increases and the amount of usable energy decreases. Without the pull into chaos, there would be no chemical reactions and therefore no life. We can only exist because evolution has come up with countless tricks to put this maelstrom of everything into chaos to use. For example, food and oxygen only pass into our blood because of their inbuilt tendency to disperse as if by magic – just like the milk in our coffee.

In the words of the physicist Sean Carroll, we’re nothing but byproducts of this current. The chemist Peter Atkins describes it with the following words:

“Overall, there is an increase in disorder as the world progresses, but locally structures, including cathedrals and brains, dinosaurs and dogs, piety and evil deeds, poetry and diatribes, can be thrown up as local abatements of chaos…all it needs is a device that can link in to the dispersal, and just as a plunging stream of water can be harnessed and used to drive construction, so the stream of dispersal can be harnessed.”

This principle can sum up the whole history of our universe in a few words: It is nothing but the dispersal of concentrated energy that started with the Big Bang and will end up, in some distant future, in a homogenous, boring monotony where nothing can happen anymore. Atkins compares this process with a spring that unwinds inexorably since the beginning of time:

“Harnessing the decay results not only in civilisations but in all the events in the world and the universe beyond. It accounts for all discernible change, both animate and inanimate. The quality of energy is like a slowly unwinding spring. The quality spontaneously declines and the spring of the universe unwinds…Such is the complexity of the interlocking that here and there chaos may temporarily recede and quality flare up, as when cathedrals are built and symphonies are performed. But these are temporary and local deceits, for deeper in the world the spring inescapably unwinds. Everything is driven by decay. Everything is driven by motiveless, purposeless decay…(But) when it is geared through chains of events, it can produce civilisations.”

Woody Allen once reached the same conclusion, expressing it without the poetry:

“It’s the Second Law of Thermodynamics: Sooner or later everything turns to shit.”

John Tooby: “Falling into Place: Entropy and the desperate ingenuity of life”, in John Brockman (ed): This Explains Everything (Harper Perennial, 2013).

Sean Carroll: “The pointless universe” in John Brockman (ed.): This will make you smarter (Black Swan, 2012)

The quote from Thomas des Coudres is from Stephan Berry: Was treibt des Leben an? (rororo, 2007)